First and only physical bunker supplier in Turkey

CYE Petrol is the only Physical Bunker Supplier (Turkish Ports, Black Sea Ports and Europe) who is offering all these quality services together.

CYE Petrol is the first and only physical bunker supplier in Turkey who is using mass flow meters voluntarily during bunker supplies.

Coriolis meters provide continuous, online measurement of mass flow rate, volume flow rate, density, temperature, and batch totals – all from a single device. Coriolis meters have no moving parts or obstructions in contact with the fluid being measured and require no maintenance, flow conditioning or straight pipe runs. Unlike volume measurement, mass measurement is independent of operating pressure and temperature, which negates the need for error-prone density conversions.

For highly viscous fluids where entrained gas and air is unable to escape, direct mass flow measurement can perform better than competing technologies such as volumetric meters and tank gauges. 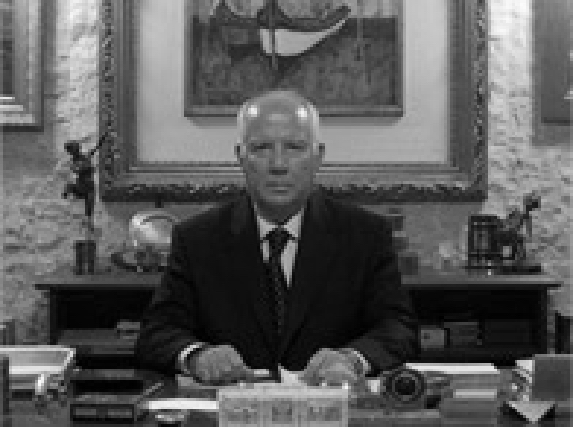 The company's first experience in business was her being involved in the petroleum products trade of Iraq with Europe during the Iraq - Iran war, through Turkey by the so called “truck pipe line” which started in Iraq and ended at terminals like Iskenderun and Mersin in Turkey.

CYE Petrol became a “Physical Bunker Supplier” in order to deliver bunker in Istanbul ports to those vessels passing Turkish Straits. She is the first physical bunker supplier established and located in Gulf of Izmit.

The company is a Physical Bunker Supplier of MGO and IFO grades since May 1992 in Turkey.

CYE Petrol Bunker Terminal is conveniently located in Gulf of Izmit at POLIPORT for bunker supplies in Istanbul roads. All grades of high quality marine products are prepared with “Computerized Line Blending” facilities.

Must See Our Company Video

CYE Petrol is one of the most qualified Physical Bunker Suppliers with more than 30 years experience in oil industry and over 100,000 bunker supplies in Istanbul.

The Company delivers bunker in all Istanbul Ports, in Gulf of Izmit Ports, in the Marmara Sea Ports and in Black Sea Ports of Turkey.

CYE Petrol is one of the most qualified Physical Bunker Suppliers with more than 30 years experience in oil industry and over 100,000 bunker supplies in Istanbul.

Until 2006 the Company was outsourcing the bunker barge deliveries.

In 2006 the Company decided to reshape the bunker barge fleet's under her control. The number of outsourced bunker barges were decreased.

In 2009 well equipped bunker barges with higher technologies, better performance were introduced for bunker deliveries. The company obtained the advantage of supplying high quality product to more vessels, with larger volumes in most time efficient way.

In 2010 CYE Petrol was the first Turkish physical supplier to deliver LSFO (%1 sulpher) in Turkish Ports.

In 2015 all bunker barges under CYE Petrol’s control were fitted with Emerson Coriolis Mass Flow Meters.

During 2015 CYE focused on operational infrastructure as much as training. With the elimination of incompatible staff with company’ dynamic process, CYE’s operations became more efficient.

CYE Petrol holds the Physical Bunker Supplier Licence of “ EPDK (Energy Market Regulatory Authority)” no: IHR/482-4/11098 which permits her to be in the same business until 04/05/2035.

CYE Petrol is the only physical bunker supplier in the world who is using “Coriolis Mass Flow Meters” voluntarily in “new generation bunker barges”, applying “Marpol Annex VI” bunker delivery procedures, allows 90 days from delivery for quality claim and guaranteeing “ISO 8217:2017 (E)” for all grades of bunker products she delivers.